IOWA CITY — Larry Mahnke surrendered his driver’s license two years ago after sleep apnea made him so drowsy he couldn’t drive safely.

The 63-year-old Manning man was driving home late one night when he was pulled over by a police officer. 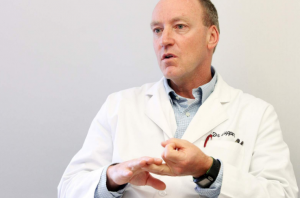 “He said, ‘I got a report that you’ve been driving around town drunk’,” Mahnke recalls. “I don’t even drink.”

Several weeks later, the Iowa Department of Transportation sent him a medical questionnaire that included a section on sleep apnea, a common disorder in which breathing during sleep is interrupted dozens of times an hour, causing poor sleep. Mahnke couldn’t get a doctor to sign off on the section, so he was forced to turn in his license.

Mahnke was waking up more than 30 times an hour — considered a severe disorder. He’d been prescribed a continuous positive airway pressure device, a mask that uses mild air pressure to keep airways open, but he wasn’t ... READ FULL ARTICLE